Most Popular Social Networks Worldwide as of January 2019

Below is a chart showing 15 most popular social networks worldwide as of November 2018. The data is based on the number of monthly active users for each social network. The data is in millions. Compared with earlier statistics for social media field, the below data shows that social media giant Facebook is still the leader, closely followed by Youtube. Another interesting finding would be that there seems to be a harsh competition between Instagram and WeChat, both of which now have one billion users. All in all, 5 social networks have now hit above the billion monthly users. 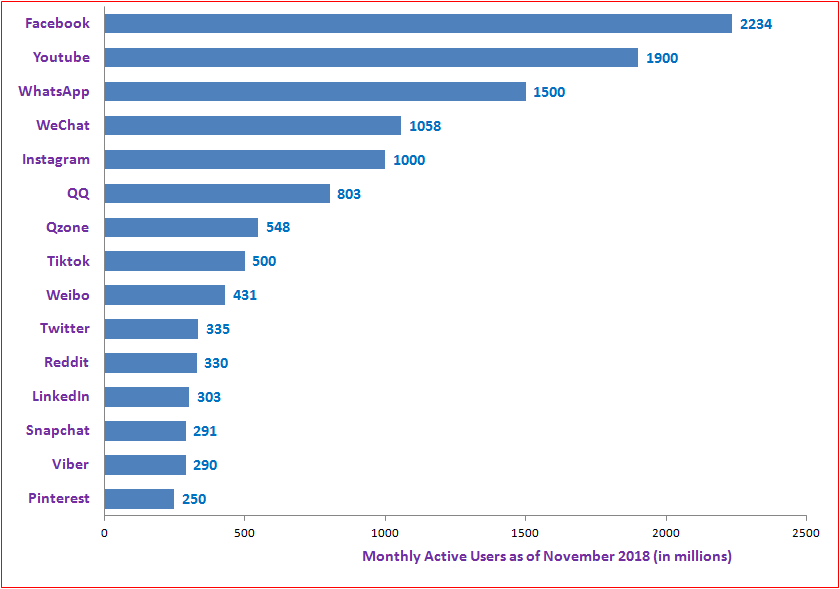 Social Media List monitors the social media world. For a complete list of all social networks in the world, go to our homepage.